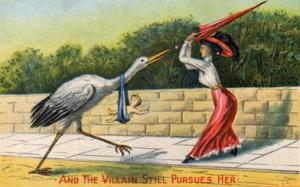 To the guy who started to proposition me at at First Thursday,

Just because a girl is friendly with you (like if you approach the table where she’s selling melted plastic creations), doesn’t mean she’s wants to make out with you. I’m sorry you’ve been forced to be celibate for six of your eight years of marriage because of your wife’s injury, and I can see why you’d want to end this streak. But you have a specific need that talking to random girls at gallery openings is very unlikely to fulfill, especially since you’ve been off the casual dating market for a while. Portland is a friendly city; if you initiate conversation with someone, they’re more than likely going to talk to you. But you can’t jump from “hi” to “you look nice” to “I haven’t had sex in six years.” Also, kissing a girl’s hand when introduced isn’t charming…it’s archaic and creepy. Most 20-somethings aren’t in a place in life where they want to be a married man’s surrogate vagina.You should post or respond to a personal ad on craigslist or the in the Mercury. Surely there’s a woman in the Portland-metro area in the same situation, looking for someone to get it on with because her husband can’t.

2 thoughts on “Postcards I never sent…”